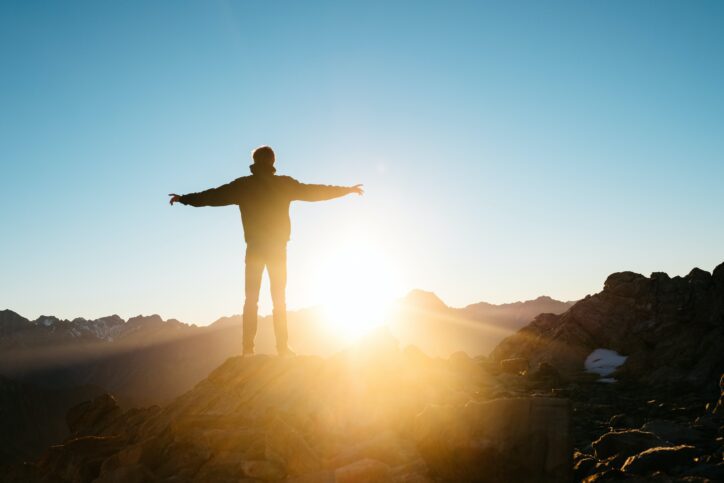 Where the Spirit of the Lord is

Stepping into the synagogue of His hometown of Nazareth, Jesus picked up the scroll from Isaiah and boldly declared:

“The Spirit of the Lord is upon me, for He has anointed me to bring Good News to the poor. He has sent me to proclaim that captives will be released, that the blind will see, that the oppressed will be set free, and that the time of the Lord’s favor has come.”

Reflecting back on the ministry of Jesus, the Apostle Peter proclaimed:

“People of Israel, listen! God publicly endorsed Jesus the Nazarene by doing powerful miracles, wonders and signs through Him, as you well know.”

“And you know that God anointed Jesus of Nazareth with the Holy Spirit and with power. Then Jesus went about doing good and healing all who were oppressed by the devil, for God was with Him.”

In speaking of his Lord’s ministry, Peter clearly understood that God the Father was working through the Son to accomplish miracles, wonders and signs. Peter, no doubt instructed by Jesus Himself in this truth, understood that Jesus was anointed with the Holy Spirit, enabling Him to do good and deliver the oppressed.

The Scripture makes it clear that Jesus IS God, and that as God, He added humanity to His deity in His incarnation.

“In the beginning the Word already existed. The Word was with God, and the Word was God.”
“So the Word became human and made His home among us. He was full of unfailing love and faithfulness. And we have seen His glory, the glory of the Father’s one and only Son.”

Jesus said of Himself that He IS God, YAHWEH, the I AM.

“Jesus answered, ‘I tell you the truth, before Abraham was even born, I AM.”

The writer of Hebrews, though, wrestles with the mystery that Jesus had been made like us in every way, with the exception of not inheriting a sin nature from Adam, so that He could offer Himself as the acceptable sacrifice for our sins.

“Because God’s children are human beings- made of flesh and blood- the Son also became flesh and blood. For only as a human being could He die, and only by dying could He break the power of the devil, who had the power of death. Only in this way could He set free all who have lived their lives as slaves to the fear of dying…. Therefore, it was necessary for Him to be made in every respect like us, His brothers and sisters, so that He could be our merciful and faithful High Priest before God. Then He could offer a sacrifice that would take away the sins of the people.”

The Apostle Paul penned words attempting to explain this mystery as best as humanly possible when he wrote of Jesus yielding His divine privileges without abandoning His divine nature so that He could be made in every respect like us.

“Though He was God, He did not think of equality with God as something to cling to. Instead, He gave up His divine privileges; He took the humble position of a slave and was born as a human being. When He appeared in human form, He humbled Himself in obedience to God and died a criminal’s death on a cross.”

So how was it possible for Jesus to give up His divine privileges and yet still operate with divine power? How did Jesus heal the sick, deliver the oppressed, cleanse the leper, give sight to the blind, command the lame to walk, and raise the dead? How did Jesus turn water into wine, calm storms, walk on water, multiply loaves and fishes, know what people were thinking, and walk out of the tomb alive?

Quoting Isaiah, Jesus said for all who would listen that He would do everything that He did because the Spirit of the Lord is upon Me.

Jesus’ ministry began when He was COMMISSIONED by the Holy Spirit and the Father.

“After His baptism, as Jesus came up out of the water, the heavens were opened and He saw the Spirit of God descending like a dove and settling on Him. And a voice from heaven said, ‘This is My dearly loved Son, who brings Me great joy.’”

Jesus was FILLED with the Holy Spirit.

“Then Jesus, full of the Holy Spirit, returned from the Jordan River.”

Jesus was LED by the Holy Spirit.

“He was led by the Spirit in the wilderness.”

Jesus WALKED in the power of the Holy Spirit.

“Then Jesus returned to Galilee, filled with the Holy Spirit’s power.”

Jesus was ANOINTED by the Holy Spirit.

“The Spirit of the Lord… has anointed me to bring good news to the poor.”

Jesus was SENT by the Holy Spirit.

“The Spirit of the Lord… has sent me to proclaim that the captives will be released.”

Jesus was RAISED by the Holy Spirit.

So, just to review… Jesus lived and ministered while on this earth filled with, led by, empowered by, anointed by, and sent by the Holy Spirit.

Could Jesus have done what He did without depending upon the Holy Spirit in obedience to the Father? That’s exactly what Satan tried to get Him to do right from the outset of His ministry.

Jesus was so dependent upon the Holy Spirit to accomplish the Father’s will, before He went to the cross, He gave His most complete and extensive teaching on the ministry of the Holy Spirit to His disciples so that they would be equipped and enabled to carry on His message and ministry.

Jesus reminded His disciples that His ministry had been a reflection of His DEPENDENCE upon God.

“Jesus replied, “Have I been with you all this time, Philip, and yet you still don’t know who I am? Anyone who has seen Me has seen the Father! So why are you asking Me to show Him to you? Don’t you believe that I am in the Father and the Father is in Me? The words I speak are not My own, but My Father who lives in Me does His work through Me.”

Jesus promised His disciples the HOLY SPIRIT would be for them what He had been.

“And I will ask the Father, and He will give you another Advocate, who will never leave you.He is the Holy Spirit….”

Jesus told His disciples that the Holy Spirit would live IN THEM.

“He is the Holy Spirit, who leads into all truth. The world cannot receive Him, because it isn’t looking for Him and doesn’t recognize Him. But you know Him, because He lives with you now and later will be in you.”

Jesus told His disciples that the Holy Spirit would become their new RABBI.

“But when the Father sends the Advocate as My representative- that is, the Holy Spirit- He will teach you everything and will remind you of everything I have told you.”

Jesus told His disciples that the Holy Spirit would be their best spiritual RESOURCE.

“But in fact, it is best for you that I go away, because if I don’t, the Advocate won’t come. If I do go away, then I will send Him to you.”

Jesus told His disciples that the Holy Spirit would LEAD and GUIDE them.

“When the Spirit of truth comes, He will guide you into all truth. He will not speak on His own but will tell you what He has heard. He will tell you about the future.”

Jesus told His disciples that the Holy Spirit would EMPOWER them for His mission.

“But you will receive power when the Holy Spirit comes on you; and you will be my witnesses in Jerusalem, and in all Judea and Samaria, and to the ends of the earth.”

The Holy Spirit is the secret to living the Christian life. The Spirit of God gives us the freedom to step fully into the purpose and plan of God for our lives. Jesus finished the work the Father gave Him to do while depending upon the very same Spirit that now lives in me and you.

“For the Lord is Spirit, and wherever the Spirit of the Lord is, there is freedom.”