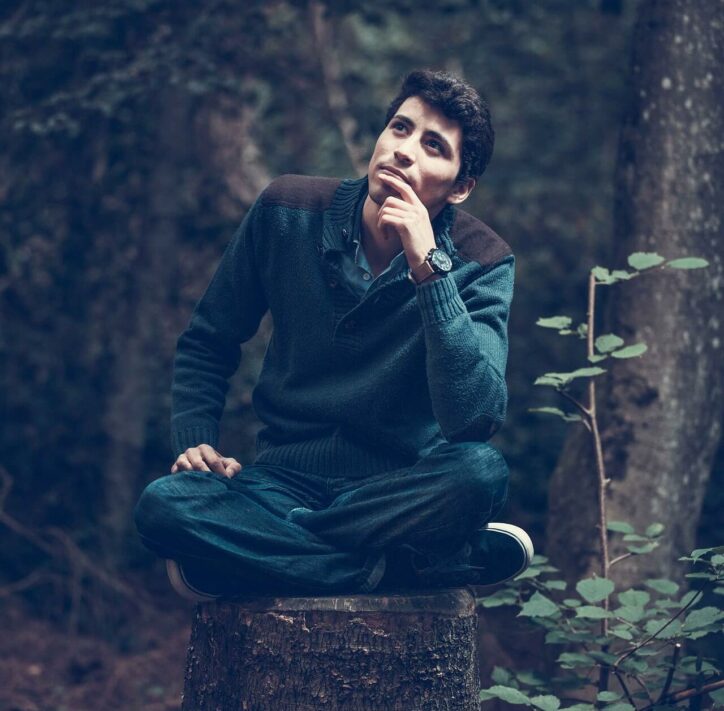 What makes a great youth pastor?

In the ever changing landscape of youth ministry, what makes a great youth pastor today? Has it changed in the past few decades? I frequently receive emails from churches looking for a youth pastor. Theirs has either transitioned into another role in the church, moved on to greener pastures, or has left ministry altogether. There is a shortage of youth pastors, with many churches plugging holes and settling for patchwork solutions. Doesn’t the next generation deserve better than that?

Scan the internet and you’ll find a whole host of blogs about what makes a good or bad youth pastor. One humorous youtuber breaks down the “Ten Types” of youth pastors, including: the Young One, the Cool One, the Controversial One, the One who Plays Favorites, that Theological One and the One Climbing the Church Ladder. There are so many things we could say about what not to look for in a great youth pastor, but I think it’s more helpful to focus on what Jesus looked for in His movement leaders.

In Sonlife’s Leadership Multiplication training, which looks at the last fifteen months of Jesus’ earthly ministry and what He did to develop leaders for a movement that would change the world, we explore 8 Core Actions of Leadership Multiplication. One of those eight is IDENTIFY. How does a leader identify the right person to join them in multiplying the movement?

In IDENTIFY, we look at four “C” words: Capacity, Calling, Character and Competency. Let’s think through what makes a great youth pastor  with this as our grid.

Depending upon the size of the church, its budget, and the needs of the ministry, the youth pastor role could be a volunteer position, a bi-vocational position, an intern position, a part-time position, or a full-time position. It can be a small part of a larger role for a staff person who’s covering other areas of ministry as well. It can be a leadership role where that person is a part of a larger youth ministry staff, or serving as the point leader over a paid staff.

Is the person you are considering available for the level of commitment the ministry role requires? Remember, if you want to have a disciple-making youth ministry, then you are not just looking for someone to come in and keep Wednesdays and Sundays running smoothly. You are looking for someone who can make the relational investment in a leadership team and in students that will produce disciple-making fruit. Relational disciple-making is slow, arduous, and time-intensive. Let me say that again. Relational disciple-making is slow, arduous, and time-intensive. You’re not hiring a program coordinator. You’re hiring a pastor to students. What is their capacity to pastor students effectively?

Youth ministry is not for the faint of heart. The problems this generation faces and the issues they’re wrestling with are extremely challenging. Shepherding students through their teen years can be a daunting task. If you’re just running youth programs, no problem. But the minute you start to think about pastoring people, it gets more complicated. Ministry is messy.

That was me. I stumbled into youth ministry, wanting to get some ministry experience before planting a church and pastoring. I viewed that as “real ministry.” Then, after several months of working with jr. high students and seeing their receptivity to the gospel, I realized that jr. high ministry was as real as ministry gets! I was hooked. I felt called, with deep conviction, to bring the gospel to and make disciples of the next generation.

If you can see yourself doing anything else in ministry, then don’t do youth ministry. We’ve done students enough of a disservice by putting leaders in youth ministry who weren’t called to it, perpetuating the revolving door where students have to put up with a new youth leader every eighteen months. If we’re hiring someone to be the primary youth pastor in the church, we should expect a commitment of no less than seven years to that role. A student who comes in as a middle schooler should have the realistic hope that their youth pastor will be with them until they graduate from high school.

When a leader is called to youth ministry and is committed to being there for at least seven years, this creates a healthy leadership environment where there is stability. This kind of longevity allows a leader to cast vision and see it through. This kind of commitment allows a leader to recruit and invest in volunteer leaders who will form the backbone of relational disciple-making. This kind of consistency builds ministry credibility with parents and key stakeholders in the community like coaches and school principals.

When a leader is called to youth ministry, their love for students and their passion to see them know Christ and become devoted followers of Jesus shines through.

Take note. “Cool” isn’t one of the four ‘C’ words. We’re not auditioning candidates for the role of starting quarterback or lead guitarist. There’s nowhere on the resume for what cool tats do you have or whose hairstyle do you emulate or how many rips are in your jeans. Nothing against cool tats, cool hair, or cool jeans… but if a leader is more concerned with building their identity, their “brand,” on outward appearance than on their inner character and their love for Christ, we have a problem. Character counts.

What kind of character am I looking for in a young leader? Humility. Teachability. Dependability. I want to see a visible display of the fruit of the Spirit. I want to see evidence of the character of Christ being formed in them. I want to see a dedication to spiritual disciplines like time in the Word and prayer. I want them to welcome accountability, not run from it.

We’re not looking for someone to be the students’ buddy. We need someone to be their leader, their pastor. We need someone who has as much credibility, if not more, with adult volunteers and parents as they do with students. Even if they’re young, if a youth pastor displays godly character, they will have the respect of parents and volunteers. And they will need that if they are going to build a thriving student ministry.

The final ‘C’ is last for a reason. If someone is off the charts with competency, meaning they are incredibly gifted in ministry, but they are lacking in Capacity, or Calling, or Character, it is a recipe for disaster.

A youth pastor who is incredibly gifted with students and feels called to work with them, but lacks character, can shipwreck their faith and that of many students. Their giftedness can lead to a supersized ego. They won’t listen to others, including the senior pastor. They buy into their own hype and can easily slip up morally, with the most common failures being financial or sexual.

A youth pastor who is incredibly gifted as a leader and a speaker can build a growing youth ministry quickly, but if they’re not called to student ministry, this success will open up doors for “more significant” ministry roles. Within 12-24 months, they often pursue a role as a campus pastor, lead pastor, or church planter. Then the church is left in the position of looking for another leader while the ministry suffers through yet another season of leadership transition.

So, what makes a great youth pastor? Instead of looking for superstars, who become shooting stars and likely falling stars, we should look for the shining stars around us. Who are the younger leaders we’re investing in? Are we developing younger leaders with the Capacity, Calling, Character and Competency to reach and lead the next generation? Every time I get an email from a church looking for a great youth pastor, I want to ask, “Why haven’t you developed that person yourself?” The best candidate is going to be one who has your ministry’s DNA and has proven themselves in your ministry’s context.

Here’s the simple truth. If you want a great youth pastor, be a disciple-making leader with a disciple-making church. Strategically invest in younger leaders. Build a movement. Multiply. When you do, you’ll have more than enough leaders. Then, instead of asking me for recommendations on a great youth pastor, you’ll be asking me where you can send some of the young leaders you’re developing into the harvest field.