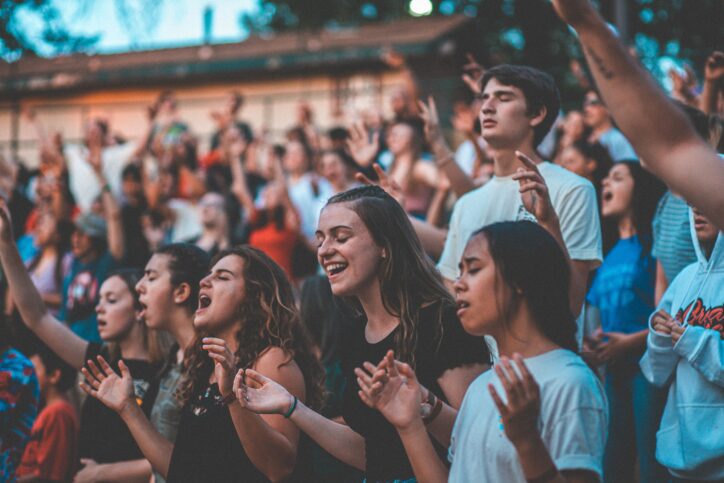 This article by Dann Spader, published in the 90’s, is as true today as it was then. Together let’s heed the call to invest our lives in reaching the next generation.

When we enter the new millennium, America will have two million more teenagers than it had at the beginning of 1991.1 That fact alone excites me as I attempt to grasp the incredible potential of youth ministry. I believe this was a passion of Christ’s heart and I have determined to invest my life in reaching the youth of North America.

Over the years people have often asked me when I’m going to get into “real” ministry. As I’ve spent over fifteen years heading Sonlife Ministries, training leadership that will mobilize the youth of this nation. I can truly say that I am involved in a ministry with unbelievable impact. Research has shown that over two-thirds of the christians in America today made their decision for Christ before the age of 18. The story is told about D.L. Moody sending a group of people out to witness in the city of Chicago. They came back to report that two and a half people became Christians.

“Two and a half people, what do you mean by that?” Moody asked.

“Oh, it’s simple. There were two adults and by the way, I led this 11 year old boy to the Lord – that’s the other half.”

“If you want to keep statistics like that you’ve got it backwards.” Moody said. “The one-half would be the adults, because half of their lives are gone. The boy has his whole life ahead of him to live for Jesus Christ.”

This story, for me, best illustrates the absolutely incredible potential the American church has for reaching this generation of young people.

What are we doing as Christians to reach this generation? Not much by all accounts. A recent Gallup poll showed that 65% of teens could not list four or more of the Ten Commandments. And, only one in three could name the four gospels. This shows the lack of penetration of the church into the youth culture. There are signs of movement by the church to come closer to God’s heartbeat for reaching His young people. Recently in Atlanta, youth leaders from 16 states and Canada met specifically to pray for our nation’s youth. They announced, after two days of intense prayer that, “We recognize that a national state of emergency exists in North America with our youth. Over 53% of our world’s population is under the age of 20, yet we have failed in our attempts to reach them for Jesus Christ.”2

As Christians, we often react against the youth culture, rather than responding to it with the love and compassion of Jesus Christ. Much like the disciples in Matthew 18 who tried to prevent the children and young people from bothering Jesus, we miss God’s best.

God is mightily at work among young people today. Last September over two million teens met around the flagpole at their schools to pray for this nation in the “See You at the Pole” prayer event. In March, over 1.5 Million teens shared their faith with their friends in a nation-wide evangelistic outreach event called “See You at the Party.” In July over 200,000 teens met at the Washington Plaza in our nation’s capital to pledge their lives to personal purity under the auspices of the “True Love Waits” campaign. I see signs of a great awakening taking place among the youth of America that is unprecedented in our history. This generation has the incredible potential to turn this country around with a mass spiritual revolution.

This excites me because I know the incredible potential of even one small boy. I know this story about a Catholic farm family growing up in rural South Dakota. This was a time when Catholics and Protestants were very separated. One of the neighbors named Vi had a deep concern to go to this Catholic family to tell them what it meant to become a Christian and to invite Christ into their lives. To cross those borders was a very radical thing to do in a rural situation where Catholics and Protestants never mixed. Vi prayed for courage to go next door to talk about what it meant to know Jesus Christ. In the middle of her trying to pour out her heart, the father walked in, heard what was happening and literally threw her out and told her to keep her Jesus to herself. Vi went back to her home, deeply broken and concerned, feeling she had failed. Later that afternoon, when she looked out her backyard window, she saw a young boy from that Cathoic family playing with her son. She vowed, by the grace of God, to pray for that young man every day. She said to herself, “At least I can do that.” Later on that young man went to high school and College. While at college that young man came to Christ. He then went into ministry and has since led several members of his family to the Lord. Three are on the mission field and one regularly and actively leads people to Christ on a daily basis. God used the prayers of Vi to touch that family in a special way. I know because I was that boy and I was the first in my extended family to know the Lord.

I’m convinced that if it were not for the prayers of Vi, I would not be where I am today, leading an international youth ministry devoted to the Great Commission. Sonlife Ministries literally touched the four corners of the World with the love of the Gospel through peer care and peer evangelism.

Teens of today need adults in their lives who will pray for them. As you see those teens in your church, in your neighborhood, or in your home, are you praying for them? That may be the only prayers they will ever have said on their behalf.

I often read Isaiah 40:11: “Like a shepherd He will tend His flock, In his arm He will gather the lambs, and carry them in his bosom.” This reminds me to keep close to those who are close to God’s shepherd heart – young people. This next generation will have one million more teenagers than when the numbers of Baby Boomers peaked in 1976.

Within the next ten years we will see over 31 million teens who need to hear about the transforming love and grace that Jesus Christ has to offer. When God asked, “‘Whom shall I send, and who will go for us?’ Isaiah answered, ‘Here am I, Lord, send me.’” I pray daily that there will be many adults and young people who heed the Lord’s call into full-time youth ministry. I believe this new generation of Baby Busters will have a radical faith. This will only happen if we reach them with the love of the Lord through the lives of people who radically commit themselves to reaching this next generation.

Photo by Kyle Smith on Unsplash