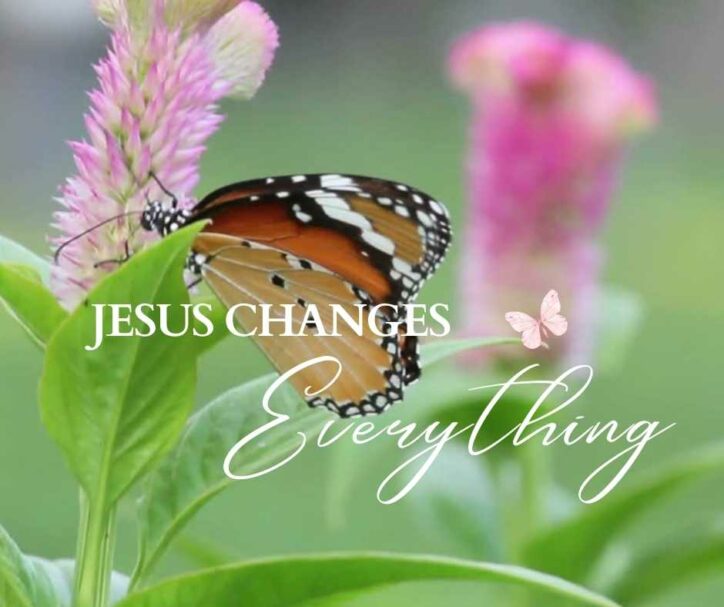 In Mark 5, we read a series of encounters with Jesus that put the power of God on full display.

After the dramatic calming of the raging storm on the Sea of Galilee, displaying God’s power over nature, over grave danger, Jesus arrives on “the other side.” The Gerasenes was His destination, and delivering the two demon possessed men (Matthew 8:28-34) was His mission.

“They went across the lake to the region of the Gerasenes. When Jesus got out of the boat, a man with an impure spirit came from the tombs to meet him.” Mark‬ ‭5:1-2‬ ‭NIV‬‬

The demonic hold on this man’s life was so powerful, he could not be humanly restrained. He was terrifying. Possessed by thousands of demons, Legion.

“This man lived in the tombs, and no one could bind him anymore, not even with a chain. For he had often been chained hand and foot, but he tore the chains apart and broke the irons on his feet. No one was strong enough to subdue him. Night and day among the tombs and in the hills he would cry out and cut himself with stones.” Mark‬ ‭5:3-5‬ ‭NIV‬‬

His screams must have echoed across the waters. He was spiritually “unclean” for so many reasons. Of course, there were the demons. But to the Jews, being a Gentile would make him unclean, as would being covered in blood, as would living the the tombs, as would living among the pigs. He was too far gone.

But the power of God changed all that! Jesus delivered Him from the depths of spiritual darkness.

He pleaded to go with Jesus, but Jesus chose for him to remain among his own people, where the testimony of the power of God over darkness would spread quickly.

“So the man went away and began to tell in the Decapolis how much Jesus had done for him. And all the people were amazed.” Mark‬ ‭5:20 NIV

Upon returning to Galilee, Jesus is welcomed by a crowd longing for Him to do more miracles. Jairus, the synagogue ruler, pleads with Jesus to heal his sick daughter. On the way, Jesus encounters a woman with a bleeding disorder. She has a disease, a physical ailment. And in faith, she reaches out and touches Jesus in the midst of the crowd, believing she will be healed. And she is! Immediately.

“Immediately her bleeding stopped and she felt in her body that she was freed from her suffering.” Mark‬ ‭5:29‬ ‭NIV‬‬

“At once Jesus realized that power had gone out from him. He turned around in the crowd and asked, “Who touched my clothes?”” Mark‬ ‭5:30‬ ‭NIV‬‬

Amazing! She is healed, but Jesus didn’t choose to heal her. The Father chose to respond to her act of faith. The power of God delivered her from disease.

Meanwhile, Jairus’ daughter doesn’t make it. She succumbed to her disease. Jesus is too late.

But… Jesus is never “too late.” There is no challenge, no circumstance too great for the power of God.

“While Jesus was still speaking, some people came from the house of Jairus, the synagogue leader. “Your daughter is dead,” they said. “Why bother the teacher anymore?” Overhearing what they said, Jesus told him, “Don’t be afraid; just believe.”” Mark‬ ‭5:35-36‬ ‭NIV‬‬

No matter how dire the circumstance is, Jesus’ message doesn’t change. “Don’t be afraid; just believe!”

“He took her by the hand and said to her, “Talitha koum!” (which means “Little girl, I say to you, get up!”). Immediately the girl stood up and began to walk around (she was twelve years old). At this they were completely astonished.” Mark‬ ‭5:41-42‬ ‭NIV‬‬

Danger. Darkness. Disease. Death. They’re no match for the power of God! An encounter with Jesus changes everything.

How will you help those you encounter today have a life-changing encounter with the Living Christ?

Where do they need the power of God to touch their life?

How does God want them to experience His presence, His love, His goodness?